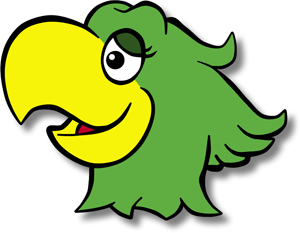 Papagayo news! A new version of Papagayo has been released, version 2.0b1. Although the application appears much the same as the version 1 series, this is a complete rewrite. Papagayo 1.0 was kind of an experiment in Python application development, and although it worked, it was somewhat of slow and hard to maintain.

Papagayo 2.0 has been rewritten to be cleaner, faster, and more stable. Papagayo 2.0 is currently in a beta stage, and there’s still more work to do. But if you’re an existing user I think you’ll find it worth trying out the beta. Depending on the level of interest we see in Papagayo 2.0, there’s a big list of possible enhancements that we could start adding. So let us know what you think!

Papagayo is a lip-syncing program designed to help you line up phonemes (mouth shapes) with the actual recorded sound of actors speaking. Papagayo makes it easy to lip sync animated characters by making the process very simple – just type in the words being spoken (or copy/paste them from the animation’s script), then drag the words on top of the sound’s waveform until they line up with the proper sounds. 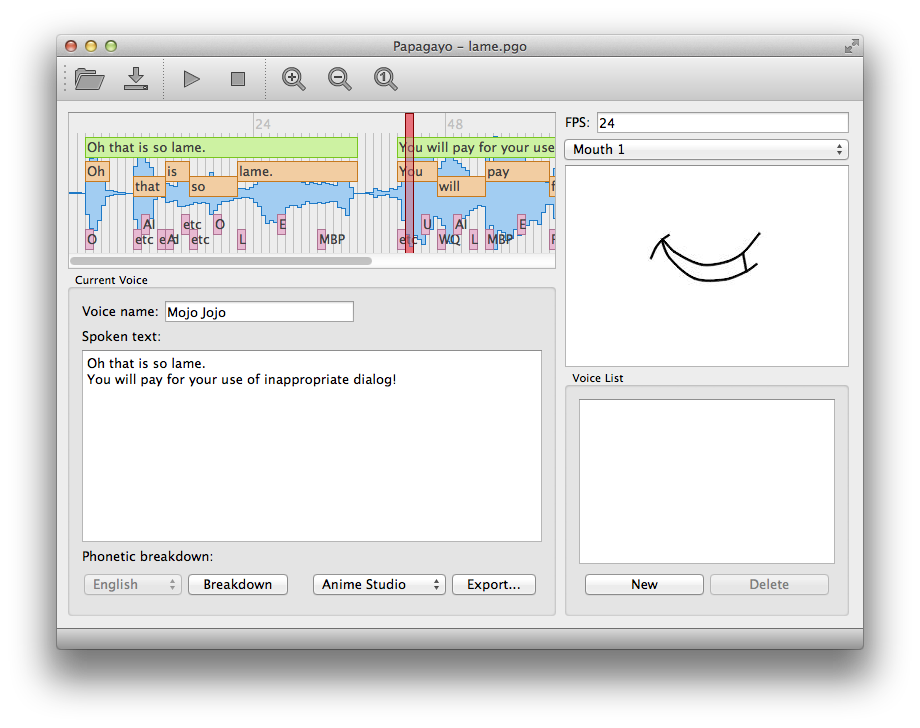 After syncing up mouth shapes with actual sounds, Papagayo can then export the result for use with Moho, our 2D animation product. Papagayo can also be used with Blender, an open source 3D content-creation program.

Papagayo is free to download and use. Sync ’till your virtual lips are sore! Papagayo is available for Windows and MacOS X. Download Papagayo below:

Papagayo is licensed under the GPL (GNU General Public License). This means that you are free to download the source code to Papagayo and make modifications to the program itself (as log as you can do a little programming). You are free to redistribute these modifications as long as you allow anyone else access to your modified code. Download the Papagayo source code below: