great! I'm really interested in how the video/animation integration was achieved... the tracking and lining up artwork, your workflow for delivering artwork for the compositor etc

Shape Stacking Explained | My YouTube Channel (tuts and such)
Top

What was used for compositing? After Effects, Nuke?

This piece HAS to show up on the Smith-Micro site!!
Website | Demo Reel
Top

So did you design the packaging art or did they give that to you?
Top

Thanks, guys. Sorry, this week I was very busy (working in another spot I hope to show you soon) and hadn't enough time to explain and give the credits for this video.
First, I have to explain the context. Chile's independence day is September 18, so the people from Becker beer decided to make a special pack with 18 cans (and, incidentally, sell more beer). For the art of the pack they used the Brigada Ramona Parra style. This was a very important brigade of communist artists who supported the socialist revolution headed by Salvador Allende, painting the walls all over the country.
So, it's a weird project, because it can be interpreted as a tribute to Ramona Parra Brigade and to Popular Unity (the ruling coalition from 1970 until the military coup d'etat in 1973), installing them as symbol of that thing we call "chilenity"; But also as a commercial use of the art of the brigade, taking off all its huge political and historical charge.

Taking in count that context, we tried to make a beautiful spot (I think the brigade deserves a good work in any of the interpretations we could make). I'm lucky to work in a team of very talented guys, Fluorfilms, they planned all the video, recorded the hands, tested the tints, etc.
To start working, we received the illustration already made (I don't remember the name of the illustrator at this moment, sorry). I took some characters from there and traced, rigged and animated them in AS.. The 3d Pack was made in Cinema 4d. The animated texture was made in After Effects, putting all the previously animated elements there, then applied to the 3d pack. The final integration, composition, flowing tint and animation of most elements was made in After Effects.
I want to be clear, my work was only the animation of characters and some flowers, all the other credits are for Fluorfilms and the guy who made the illustration.
All the video recording for the hand and pincel was made in the dinning room

Well the character animation was superb! Watched it about 10 times! 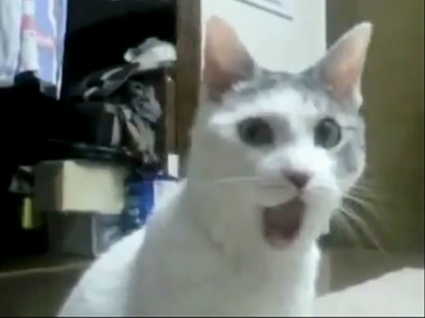