by drumlug13
This year I blew some tax return money on a few original animation cels. This one is from "All for Pink and Pink for All", a 1993 episode of Pink Panther with a guest appearance of Ant & Aardvark. I've never seen a hand painted cel before. This thing is really cool. 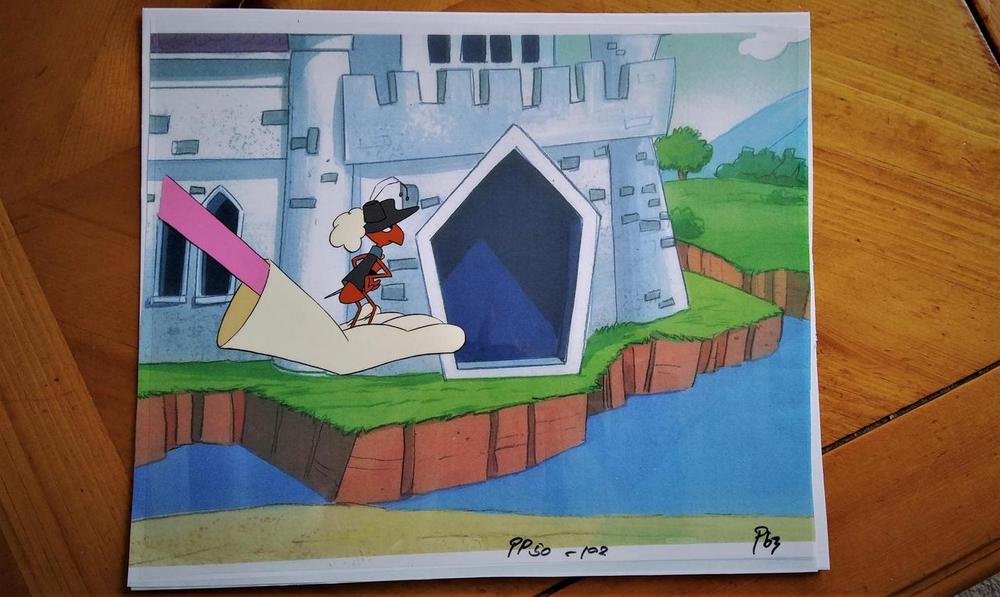 by slowtiger
As someone who painted cels by hand in the 90s and had several thousand in my fingers I'm more impressed by that information that the three characters were in the same film once. Aardvaark had a very distinct german voice (female) and still has fans.

That is new trivia for me. The original voice is John Byner doing a Jackie Mason impression. I just found an article that talks about the gender swap for the German version. No luck finding any of the cartoons yet though.

by drumlug13
I found some in German. This is great. To me it looks and sounds so strange but on the other hand it works well


This is the version I grew up with Slowtiger. John Byner said he used a Dean Martin voice for Ant and Jackie Mason for Aardvark

by synthsin75
That's jarring. From cartoon voices to what sounds like conversational German to me.

by slowtiger
I like Pink Panther. I even got the Pink Panther book by Jerry Beck, while it's much too "american" (= nothing critical whatsoever, overloaded with merchandise, and most of the text is completely unnecessary), it features lots of images, especially the layouts of Dick Ung, from whom I stole many tricks. But I only like the early series, nothing from the 80's or later.

My favourite would be "The hand is pinker than the eye" (1967) which features some of the most surreal and meta gags.

by drumlug13
My all-time favorite cartoons are the DePatie Freleng cartoons. Especially those early Pink Panthers. The reboot that happened in the early 90's is one of the biggest travesties in cartoon history. They actually had the Panther talking

The cel I bought came from this cartoon @7:35. Mine didn't come with the original background. Hopefully this isn't blocked in Germany

by chucky
Cool, Adam!
My first job in animation included some layout training on the pink panther, I'd almost completely forgotten about it. I think it was 93 0r 94.
I might dig some out tomorrow scan and post for your amusement.
About the same time, I ran across an awesome cel from Akira of Tetsuo just as his arm erupts.
It was only 120 bux but I was there to buy something for my girlfriend.
She encouraged me to buy ( we were the only people in the shop who knew what it even was ) it instead as this was just a random wild opportunity before Akira was anything but an obscure Japanese Animation but I stupidly said NAH, it's your day today!.
I bet neither of us would remember what she ended up getting, probably a photography book.
It was a bad decision

You know we would love to see them.

And I can totally relate about the girlfriend thing. Instead of buying a new set of silver sparkle Ludwig drums in 1998, my ex-wife thought it would be more fun if we paid off her student loan... Women!

by chucky
Ahhaa!
Actually, this girl was great, she did her best to talk me OUT of her present.
She insisted that I should buy the Akira cel, but I was too dumb to obey.

by drumlug13
The 1976 Misterjaw cel and drawing is here. I'm not sure which episode but it'll be fun re-watching them to figure it out. 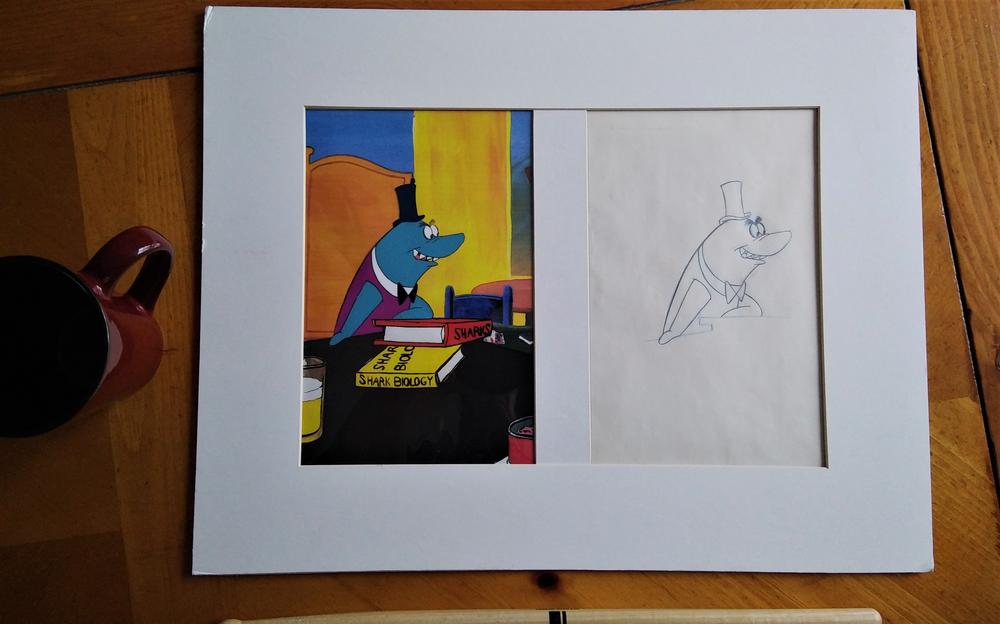